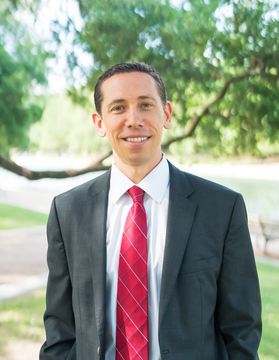 Attorney Brian Abramson began his legal career studying law at the University of Texas Law School, from which he graduated with high honors in 2005. Brian thrived as a law student at Texas, and during his time there, he worked with the Texas Law Review and was elected to join the Chancellor’s Society and the Order of the Coif.

Prior to joining the team at Williams Hart, Brian served as an attorney with The Lanier Law Firm and as an associate attorney with two other esteemed law firms in the Houston area. He has experience handling complex commercial law, product liability and mass action, inverse condemnation and land use, and bankruptcy matters, and has also worked for commercial organizations handling issues involving debt restructuring and corporate reorganization.

Brian is licensed to practice law in the state of Texas, and has been admitted to practice law in a number of federal courts, including: the U.S. Court of Federal Claims, the United States Court of Appeals for the Fifth Circuit and the United States District Courts in the Western, Northern, Eastern, and Southern Districts of Texas. He was recognized as a Super Lawyers Rising Star by Thompson Reuters in 2009, and has been named to Thompson Reuters’ Super Lawyers from 2013-2015.